In her past life, Sharon was active in the health care industry, having obtained a Master’s of Science degree in 1990. She began painting seriously in 2007 after taking early retirement. She paints in acrylics and does both abstract and representational work.

Sharon has studios in Cobble Hill and in Victoria. An award winning artist, she is a member of the Federation of Canadian Artists, the Victoria Sketch Club, the “Al Frescoes”, a group of plein air painters; and an Associate member of the Coast Collective.

“ For a number of years, I have been experimenting with acrylic textures and with pouring acrylic paint. My abstract paintings are frequently reflective of this practice. Poured paint, in particular, lends itself well to the abstractive process. I enjoy painting negative spaces and have, in the past, completed a series (Forest) of more than 50 paintings based on this technique.”

She loves colour and is also influenced by nature, in particular skies, seas and forests.

Sharon has had solo shows at Eclectic Gallery (2013) in Victoria, Gallery 223 (2012) in Nanaimo, and the Community Arts Council of Greater Victoria twice (2009, 2012). She has been in many group shows including a 2 person show “All Things Bright and Beautiful” (September 2016) at Trounce Alley Gallery, a 3 person show “Crawling the Walls” (2015) and a 5 person show “Up Island “ (2013) at the Art gallery of Greater Victoria. Her paintings have appeared in many juried Federation of Canadian Artists exhibitions in places such as Kelowna, Kamloops, Vancouver, Nanaimo, Ladysmith and Victoria.

She has been an Artist-in- Residence in Victoria and Sidney hotels, and at Fort Rodd Hill National Historic site. 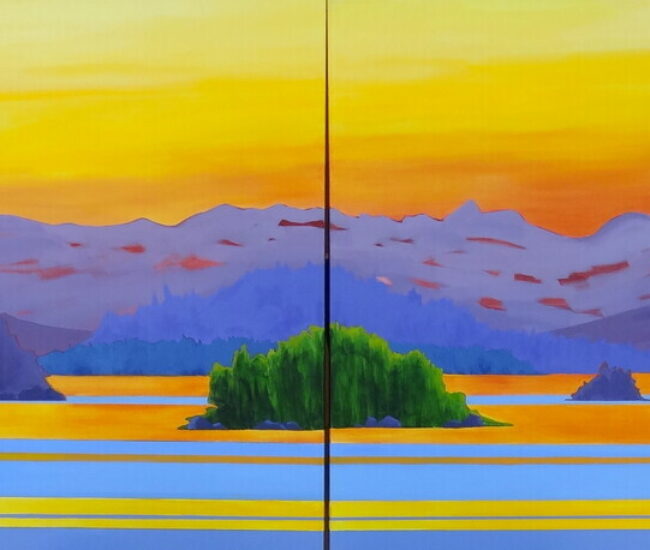 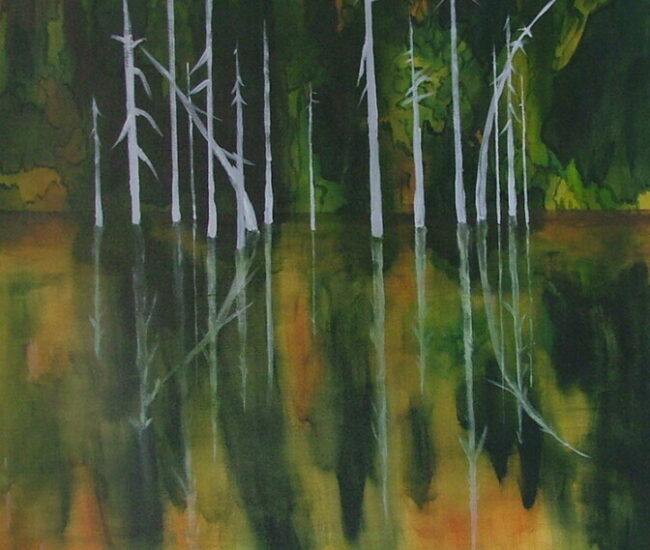 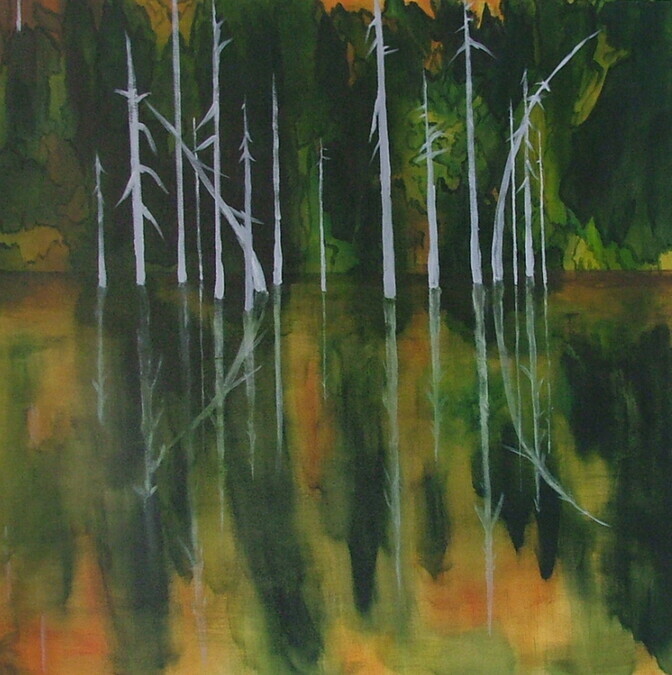